There are still quite a number of measurements I’m not covering here because of their insignificance, irrelevance or rarity.

As for the logical question like what and how you can measure in terms of headphones, then there’s no such comprehensive list of parameters. In the same way, another and, in fact, the main question doesn’t have any clear answer: which of the parameters are significant when assessing the sound quality? This one calls for a separate article: unfortunately, I just don’t possess enough knowledge or experience to write on the subject.

Below are three pictures showing the same headphones parameters:

Why are these pictures different?

The first thing you need to pay attention to when you look at the frequency response graph is the scale. In the first picture, a Y-axis section from 10 to 100 dB is selected. The larger the segment – the flatter the graph is.

The third thing is smoothing. In its pure form, the frequency response graph is usually pretty uninformative, since it has a huge number of small deviations that don’t even reflect the nature of the sound: these only hinder the overall visual assessment of the graph. Therefore, one of the types of smoothing is usually used: 1/n-octave (where, for example, 1/3 is for the least detailed and 1/48 corresponds to the most detailed) or psychoacoustic. Usually, the type of smoothing is indicated somewhere in the graph description or on the graph itself. The standard smoothing is 1/12-octave. In the third picture, the 1/3-octave smoothing is applied, which is indicated at the bottom, in the legend section.

The normalized graph shows the deviations of the measured headphones frequency response from the target curve.

Here, the source dimensions are drawn in blue, and the target curve is gray:

The measurements shown are normalized relative to the target curve:

The normalized frequency response is used quite often, and this is easy to understand why: in this way, it’s so much easier to assess the degree of the headphones frequency response deviation from the target curve in different ranges.

Here’s an obvious, but important piece of knowledge for you: the look of the normalized graph depends on the target curve, since there are different target curves. The headphones do-all flat response doesn’t exist: any versatile flat response only works in the sense of normalization with respect to a specific target curve, like Harman curve or diffuse field, or free field, etc.

Summing up: when looking at the frequency response graph, you need to pay attention to the following.

If one of these parameters is missing or can’t be determined, then your graph is useless.

Do you need to know anything else about a frequency response graph? Well, yes. You need to know which acoustic test chamber was used for the measurements.

Which is the correct result here? This question has no answer, of course, because of the different test stands used, and we aren’t able to compare these measurements to the real sound perception. If only we knew what a standard target curve would look like for a particular test stand… Then yes, we could assess the normalized graphs.

Now it’s time to look at the most traumatic part. Again, there are many different target curves, and we can somewhat call the Harman curve obtained with the GRAS 43 acoustic test chamber to be the “winner”. The next question is whether it’s possible to fit the Harman curve with the measurements obtained using another test stand. The answer is no, you can’t, because any other test stand may use a silicone artificial ear with a different geometry or not use any ears at all, the auditory canal may simulate natural curvatures or may just be a straight tube, etc.

Summing up: there are two main ideas I want to convey here.

First: without specifying the acoustic test chamber used (and all four parameters that I’ve mentioned above), the headphones frequency response graph doesn’t make any sense.

I’m going to elaborate this one in the next section.

So, can you really compare measurements from different types of test stands? Yes, but the comparison would be quite inaccurate. Here’s an example from my own experience. I’m using a modified miniDSP EARS rig. This is what the Focal Utopia measurements look like without normalization and smoothing on this rig:

And this is what the Focal Utopia measurements look like with the GRAS 43 test chamber. The IEF target curve is gray here.

As you can see, up to 2kHz, the graphs are more or less similar, and then they diverge completely. Just because of the different test stands used. However, we’re here for that deviation from the target curve, not the overall graph. We’re looking at the same headphones model, too. That being said, it should be possible to transfer the target curve from one test stand to another using the measurements for this specific model. And here is the result: the IEF curve drawn in the coordinate grid of my rig, shown gray:

Now, let’s take a look at the normalized measurements – mine (miniDSP EARS) and the GRAS 43’s:

Any similarities you see? Well, there’s something in common, at least.

But of course – these would never be identical, because of the following:

Moreover, when transferring the measurements, you need to choose pairs of measurements from your own and someone else’s test stand so that, roughly speaking, the imperfections coincide. Choose several pairs, see what happens, exclude the wrong options, check the resulting target curve using other headphones, further specify the results, repeat everything. It took me 3 months and 28 pairs of different headphones. For the basic transfer of the target curve, I chose the Audeze LCD-4X, Sennheiser HD800S, Denon AH-D9200, Focal Utopia, Meze Empyrean, Fostex TH-900 Mk2 and a number of very expensive models keeping in mind that the difference between instances of more fancy headphones should be somewhat less than in cheaper models. The result is already shown above, and it seems pointless to specify it further, although it’s still far from being perfect.

I’d also note that this whole transfer theory only works if the difference in measurements between the setups is linear. This is what I want to believe in, but can’t prove in any way.

Summing up: the measurements obtained using different rigs are comparable if there’s a way to align them, or you can deduce the same target curve applicable for different test stands. At the same time, you should always remember that this is a very rough comparison.

Comparison of measurements from the same type of test stands

With the course of time, the GRAS 43 acoustic test chamber became some sort of a benchmark rig. This one is the most expensive among the fellows (around $7,500 for the whole set, they say; the GRAS don’t publish prices), but delivers the most consistent results. Are measurements, taken on different instances of a test stand (for example, individual GRAS 43 instances) comparable?

That is, the comparison is possible and the nature of the curve looks somewhat the same, but they are just too far from being identical. Like I’ve already said, this all is due to deviations of specific instances of headphones, different pressure against the rig, etc. In other words, this is due to different measurement methods and physically different headphones.

When you look at the headphones frequency response graph, the first things you need to know are:

Pay attention to the following:

If you can’t find information about at least one of the above parameters, you shouldn’t trust those specific measurements.

Similarly, you can apply this idea to some trendy products such as Sonarworks SoundID Reference, which allow you to equalize headphones and bring their sound delivery to a certain reference. The graph below shows a certain ‘Target’ in white — the target curve, which is flat in this case.

That is, the frequency response graph (purple) is shown in its normalized variation. So, the question stands, what target curve is it? What exactly do Sonarworks mean by neutral sound? Wish I knew…

If you want to compare the sound of two pairs of headphones, it’s always better to use one sound source and one measurer. Don’t – just don’t! – compare measurements from different sources. In terms of absolute values, the measurements made with even crappiest DIY‑ed rig can be anything, but it’s still okay to use them to compare some headphones with others provided you are still measuring both with the same DIY-ed rig.

Even if you come up with your piggy bank and buy an expensive standardized test stand like GRAS 43, the measurements from different measurers can easily differ.

Now that you know it, measuring even one headphones parameter (that is, the frequency response) is not that easy, right? So far, our progress with measuring methods is quite limited: we know how to measure some things using some methods. It’s not accurate, nor does it have any consistency. But we have no other methods invented yet. Should we immediately abandon the measurements and rely only on our hearing? No. You should, as always, approach everything consciously and ask yourself some pretty simple questions, like ‘What is this graph?’, ‘How do I read it?’, ‘What conclusions can be drawn?’.

P.S. If by any chance you have a feeling that I’m that guy who ‘reached nirvana and understood the world’, then you’re wrong. I’m still far from understanding ‘everything’. I just tried to gather the information and put it in an intelligible form. If you have anything to say, if you saw an error, if you have anything to add or specify, please don’t hesitate and comment, and I’ll be more than happy to make the article more complete and accurate. 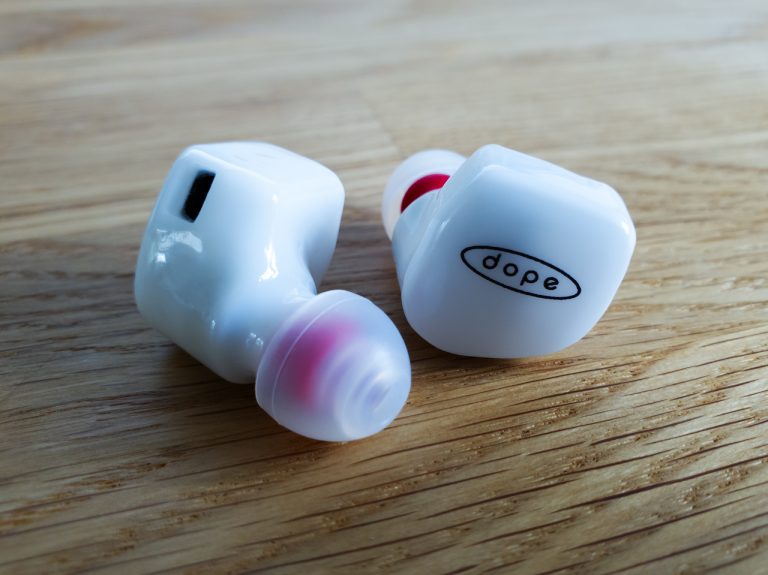 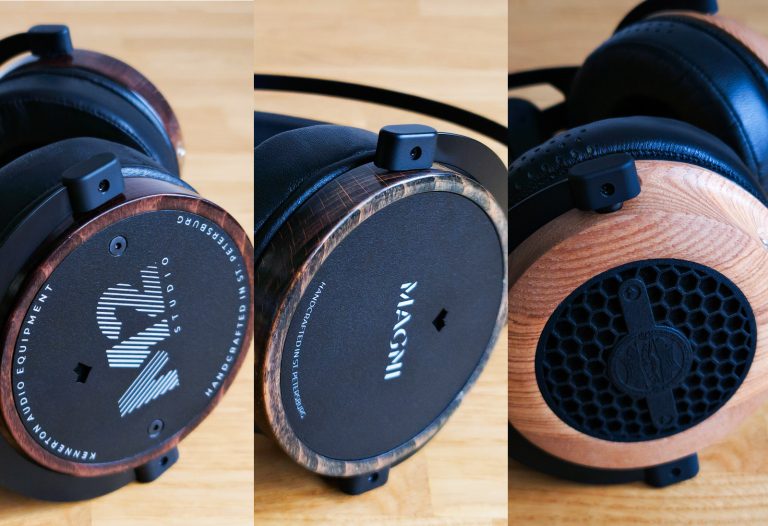 I’ve got three pairs of Kennerton headphones delivered at once for a review: the M12s, the Magni and the Vali. I’ve already reviewed the more expensive models, which are the Gjallarhorn and the Wodan, and now it’s time to take a look at the less pricey representatives of the line. These are two closed-back and… 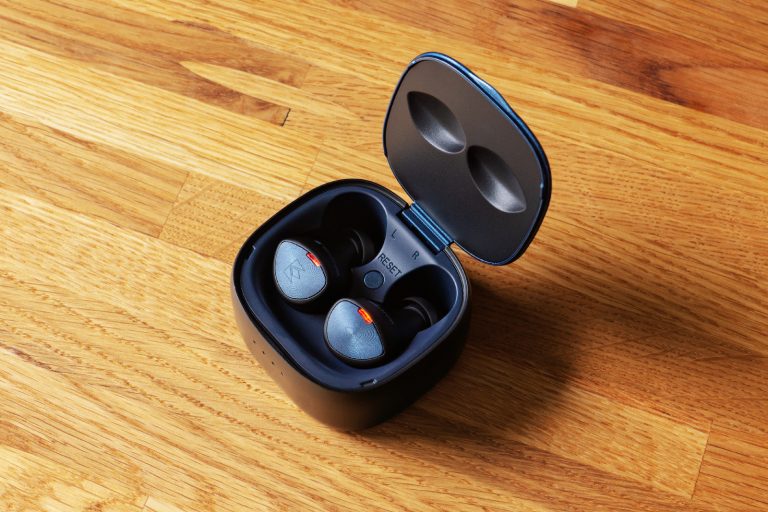 Let’s get straight to the point: the Noble company managed to make some completely wireless headphones with very good sound. Like, phenomenally good sound. But are these Noble headphones themselves? This is actually a big question. 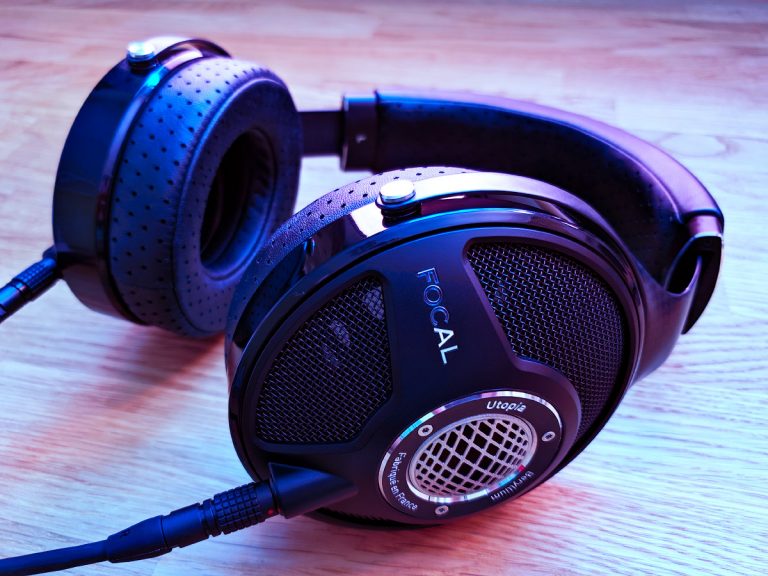 I’d start this post with ‘Here I am — finally got those legendary headphones for the test!’, but no, let’s wait a bit. Focal Utopia are not just legendary, they’re a subject of heated discussions in the world of audiophilia and melomania. Almost every Utopia review is usually posted under such titles as ‘Probably the… 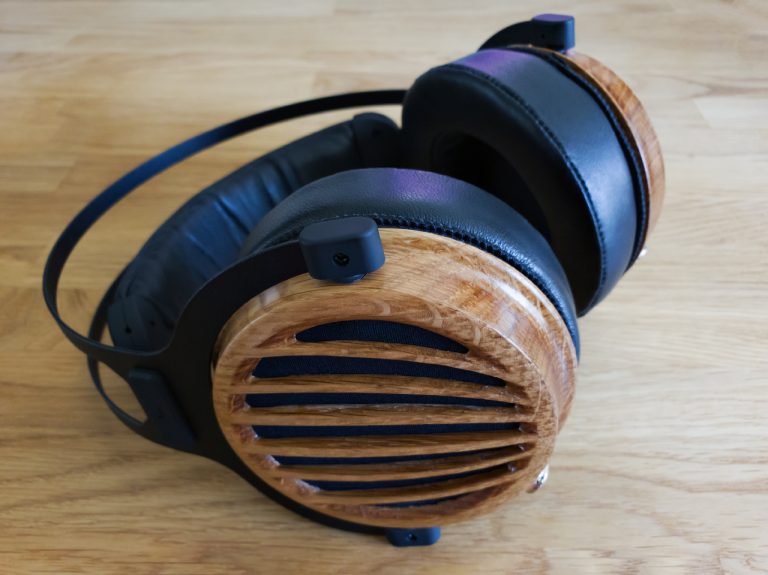